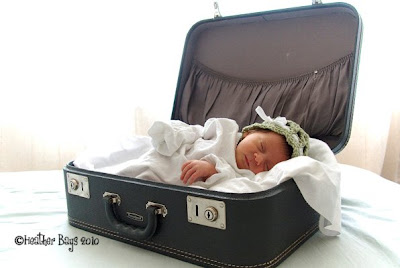 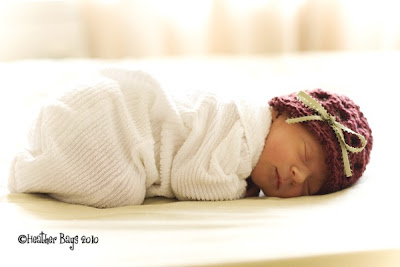 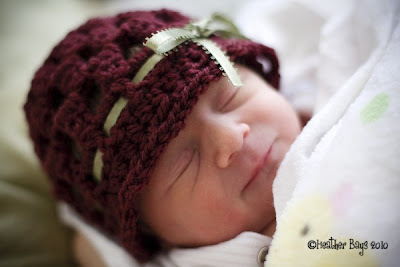 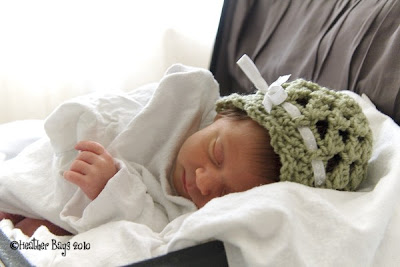 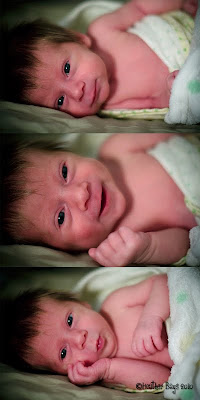 Adelaide is already 3 weeks old. On one hand I feel the time has flown by, but on the other, it seems so slow. Weird. My life has definitely changed for the better...but ask me in the middle of the night when I am up breastfeeding a baby who doesn't want to go back to sleep...I may have a different answer for you, lol. My bedside table has taken on a different look. No more crosswords, wii remotes, empty cans of cola and craft supplies. Just diapers, wipes, gripe water and anything else I may need at hand in the middle of the night to sooth an upset baby. 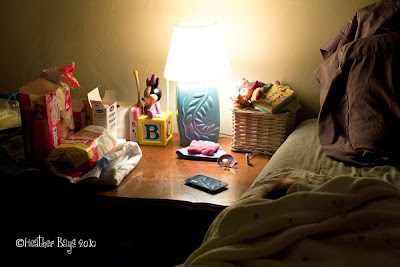 Bug sleeps with us, mostly in our bed. I have a bassinet next to the bed that she usually starts off in, but then by morning she's curled up in bed with us. I have become a master of breastfeeding. I can now do it laying down so in the middle of the night I don't feel like my sleep is really disturbed. Thank god I don't have to worry about getting up to prepare and heat bottles, I am sure I would feel way more sleep deprived. Over the past 3 weeks I have learned a lot about breastfeeding, which means I have learned a lot about baby poo, lol. At first I thought breastfeeding was gonna be a breeze, and then her poo was green, which I thought was due to a belly ache, so I started omitting things from my diet that may not be agreeing with her brand new digestive system. After eliminating the common things (citrus, broccoli, spicy food) I was starting to think it was a milk allergy. If you know me well, you'll know that dairy is my favourite food group. What would I do without ice cream? So before I went ahead an rid of that, I did more research. I learned that there is foremilk and hindmilk and the foremilk is lighter and good for brain development and the hindmilk is darker, heavier and fattier which is good for growth. Some people produce too much foremilk causing the baby to get full and feed little but often. A sign that she has too much foremilk will be green poo. Ah ha! So, I started just feeding from one boob each feed instead of switching it up. It worked! Her poo is mostly back to a yellow curry like colour. If you are having trouble breastfeeding, don't give up! Research it. More often then not, it's either an allergy, a foremilk/hindmilk imbalance or it's normal for your baby.
http://www.justmommies.com/articles/baby-poop.shtml 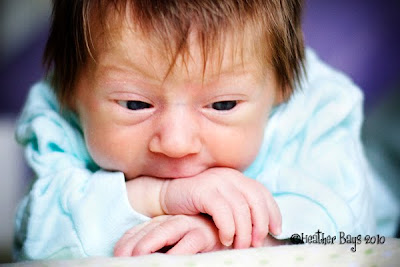 Being a new parent is kinda worrisome. Every little thing she does I wonder if it's normal. But I have learned that babies are very resilient and most things are normal. So I should stop worrying so much. These past few days I have decided to just go with the flow because although new babies are a lot of work, they're quite simple really. They cry because that's their only way of communicating. It either means they're hungry (usually means this) or their diaper needs changed or their tired or have gas, (unless your baby suffers from colic.) Needless to say, at our past midwife appointment, which was 2 days ago, Adelaide weighed 6lbs 7oz...so I must be doing something right, lol. 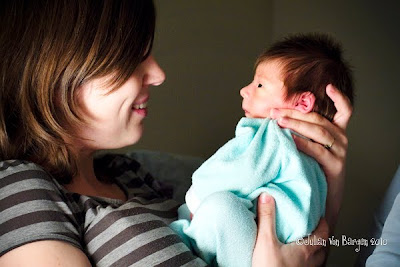 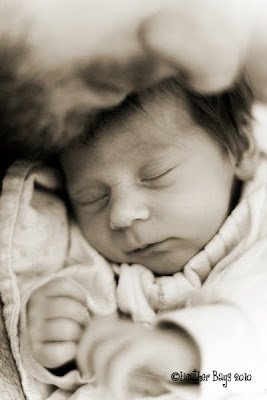 We have introduced her to a soother since she started sucking her thumb and was using my boob as a pacifier...not sucking, just holding the nipple in her mouth as she fell asleep...not cool when this happened in the middle of the night! I was worried about nipple confusion, but it did no such thing. She loves her soother as she's going to sleep which means I love it too! I also read that it reduces the chance of SIDS. The way I see it, you can throw out a soother, but you can't throw away a thumb! So I was sold! 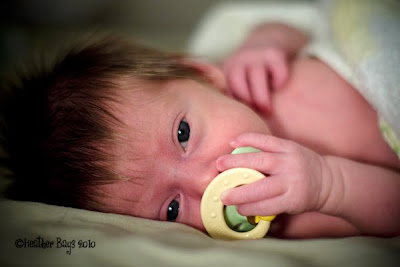 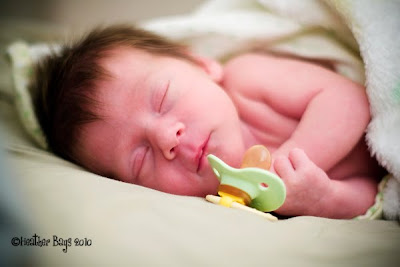 Heather Bays
I am a professional photographer based out of Winnipeg Manitoba. I spend my days needle felting, sewing, crocheting, baking and taking pictures while looking after my little lady! Handmade Goodies Online: http://www.heatherbays.etsy.com Become a FAN!! http://www.facebook.com/artist.heatherbays 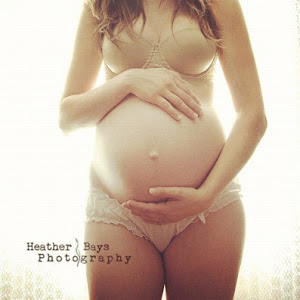 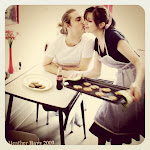 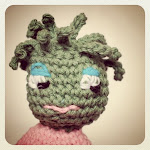 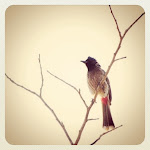 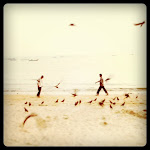 Click this photo to see more of my work! 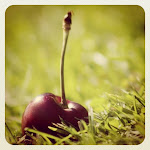